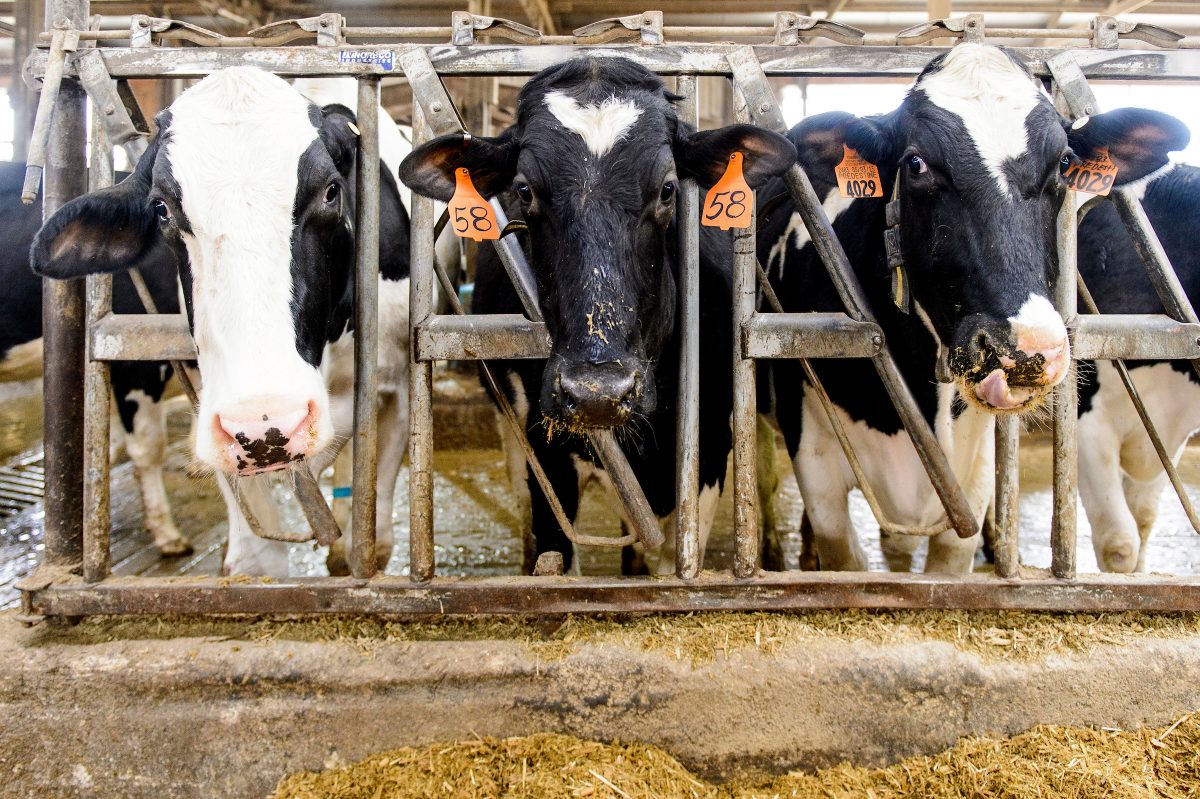 Researchers at the UW–Madison Department of Dairy Science are exploring methods for regulating cows’ calcium levels in the days after calving, aimed at improving cow health.

Meghan Connelly, a graduate student in the Laura Hernandez Lab, studies how serotonin that cows produce in the mammary gland – separate from the feel-good chemical serotonin found in neural networks – can regulate calcium.

After calving, a cow’s body directs a lot of its calcium into the milk so it can transfer to the calf. That means that the mother’s blood calcium levels are lower than they should be. This can affect the cow’s immune system as well as open a gateway to different diseases that affect her health and milk production.

Generally, a cow’s body triggers physiological mechanisms to balance out her calcium levels after giving birth, mainly drawing calcium out of the bones. But researchers think they may be able to mitigate the low calcium period by triggering these mechanisms earlier in the process.

Connelly uses the serotonin precursor 5-Hydroxytryptophan, or 5-HTP, to test how serotonin can help regulate cows’ blood calcium levels. Her work builds on that of a previous graduate student in the Hernandez lab who infused cows with 5-HTP before calving and found that they had higher blood calcium concentrations after giving birth than cows who received a control of saline. As a follow up study, Connelly took biopsies of the mammary glands to see how those cells responded to the 5-HTP to help the cows have higher blood calcium.

She found that the mammary epithelial cell, the cell responsible for milk production, showed increased calcium transport in the cows that received 5-HTP. Connelly said that may mean the 5-HTP is helping send more calcium into the milk, which leads the cow’s body to draw from its calcium stores earlier than without 5-HTP. The cow’s body then interprets its low calcium levels as a reason to mobilize even more calcium into the bloodstream.

While researchers don’t want cows to have low calcium levels, a small decrease may be important to triggering the natural calcium regulation systems. She hopes to understand how 5-HTP and serotonin can play a role in creating a productive and healthy lactation for mothers.

“Milk fever is such a gateway disease that can lead to so many other diseases,” she said. “If you can prevent milk fever or you can help alleviate it, it’s the best way to set up a cow to have a really productive lactation and a healthy lactation.”

Connelly grew up on her parents’ dairy farm in southern Minnesota and has a genuine love for cows. She came to UW–Madison to work with Hernandez as a master’s student on a fellowship from a dairy nutrition and dairy management company. Her research into 5-HTP and calcium regulation began during that time, getting her hooked on dairy science research.

Now a PhD student, Connelly balances research, teaching a course on lactation physiology, and still helping out on her parents’ farm. She shares her passion for cows through outreach activities like a “Cow College” event in Fond du Lac County, where she dissected an udder with local farmers and helped answer their questions about the blood vessels and glands involved.

“I absolutely adore my farm and I really love working with farmers and working more on an applied basis,” Connelly said.